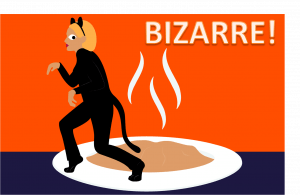 Can you give us any other strange expressions in other languages, perhaps to enrich our English lexicon? Leave a comment!

One thought on “Bizarre Expressions in Different Languages”

“Excellent in working with my girls. A fun experience for the kids while learning a new language.”