What is it that draws you to learn a new language? Is it a love of French food that has led you to study French? An interest in visiting the Great Wall of China that has you learning Mandarin? Or perhaps a desire to move to the southern hemisphere in search of some sunshine that made you pick up a book on Spanish?

There are many obvious ways that learning a language can enrich the quality of your life, above all in your ability to become immersed in different cultures and change your way of life. But perhaps it will also change your way of thinking.

Linguists have long debated whether or not language “shapes” the way you think, and the conversation is still ongoing, as such a question is difficult to answer with concrete measurements. Nevertheless, if it is the case that the language we speak shapes our way of thinking, what would that look like? Here are some examples of ways language can shape the way you think according to cognitive scientist Lera Boroditsky. 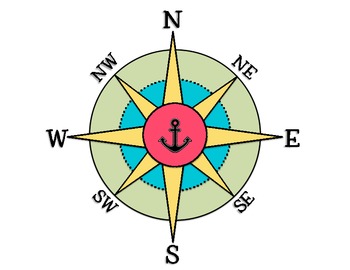 So, what might this mean for those of us with an appetite for learning new languages? Well, if knowing one language makes us think about things in a certain way, imagine the effect of knowing five languages! Your conception of reality may just be five times more complex, five times more nuanced, and five times more fascinating. When you learn a new language, you are doing much more than simply learning a list of vocabulary and memorizing verb conjugations. Your brain is taking on an immense intellectual task that allows you to hear something that you had previously perceived as gibberish and now perceive it as actual thoughts and ideas. The sounds, lexicon, structure, and most importantly, your ability to do things in the language will all have vast consequences on your life. So get out there, and pick up a book or enroll in a class at your local language school. The decision to learn a new language will change your life!

“My daughter has been receiving private French lessons at the Language Learning Institute for about a year. Under the tutelage of director, Nancy Scarselletta, her listening, speaking, and writing skills have flourished and her confidence has grown immensely.”