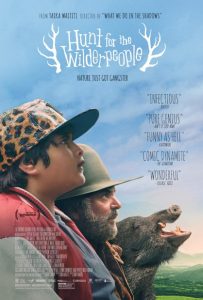 Hunt for the Wilderpeople, is a hilarious film from New Zealand that was released this summer (2016). It is based on a book of the same name by Barry Crump. Written and directed by New Zealand native, Taika Waititi, this film tells the story of a young boy who is a foster child of a couple that lives on the outskirts of the New Zealand bush. The story that follows is one full of emotion and adventure. This film is rated PG-13 for violence, gore and mild profanity.

“Very accommodating with class time. Have been a French and Spanish student with Learning Language Institute.”