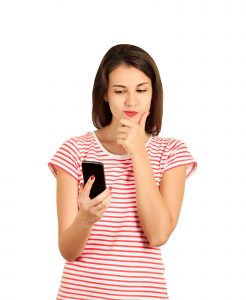 Is learning a new language really as easy as downloading an app? Language app ads make it seem like you’re just a couple of taps away from learning one of hundreds of languages spoken worldwide. If you’re serious about your language learning journey, it’s worth considering how much you’re are actually learning.

Language apps usually include flashcards as a major component – making them a great way to start. After all, flashcards are very useful for memorizing and studying vocabulary. These apps usually also include similar flashcard-style learning for fixed phrases, such as “What’s your name?” or “Where is the bathroom?” Some apps are better for drilling vocabulary, others for learning grammatical concepts, and some even allow you to chat online with other learners and speakers. All of these tools will certainly aid any language learner – especially people trying to speed-learn a few quick phrases of a language for a vacation to a foreign country.  Even better, many of these apps are free! So, you’ve hit the language-learning jackpot right? Not if you’re serious about becoming fluent in a foreign language!

Learning a language is about more than simple concepts and fixed questions. True proficiency means being able to hold a conversation with another speaker of that language, often moving from topic to topic (some of which can be more complex than others) and thinking on one’s feet. Being able to solve problems in another language, have a debate, describe something in detail, and express one’s emotions are all important too. So, anyone who wants to seriously learn a language will have to do more than use an app.

The best way to supplement your education is to speak with either a native speaker of the language or someone with a high level of proficiency. Speaking in person is especially important, because you’ll be able to pick up on the use of gestures, facial expressions, and body language. Open-ended, natural conversation is a great way to learn how to think on your feet in your new language. Finally, being immersed in the language will put you into a situation in which you are nearly forced to use your new language, allowing you to build on and develop your skills in new ways.

What better place to start than the Language Learning Institute, where you can find structured classes, language meetup tables, and travel experiences to help you learn a new language? Sign up today!

2 thoughts on “Should You Use An App to Learn A New Language?”

“Nancy is an outstanding teacher, I thoroughly enjoyed my lessons with her!”