Did you know that in India, mid-January is a time to celebrate the beginning of the end of winter? The days are getting longer, due to the reversal of the sun’s movement, and this is celebrated with the Pongal and Sankranti festivals in India. In fact, across the Indian subcontinent, various festivals take place around this time to honor the god of the sun, Surya. 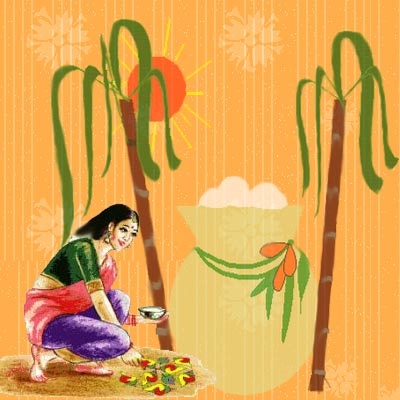 Pongal (also known as Thai Pongal) is traditionally a festival celebrating the first harvest of the new year. Its name means “spilling over,” associated with the practice of cooking rice in a pot of boiling water until it starts to overflow. (The holiday shares its name with a popular rice dish too.) It is a three-day festival, this year celebrated January 15th-18th. Unlike the other festivals during this time, Pongal is not considered a religious holiday. It is celebrated in th

e Indian state of Tamil Nadu, and it is one of the most important holidays for the Tamil people. With the boiling of the first rice of the season, the Tamil people celebrate the sun god, giving thanks for the successful harvest and looking forward to brighter days ahead. 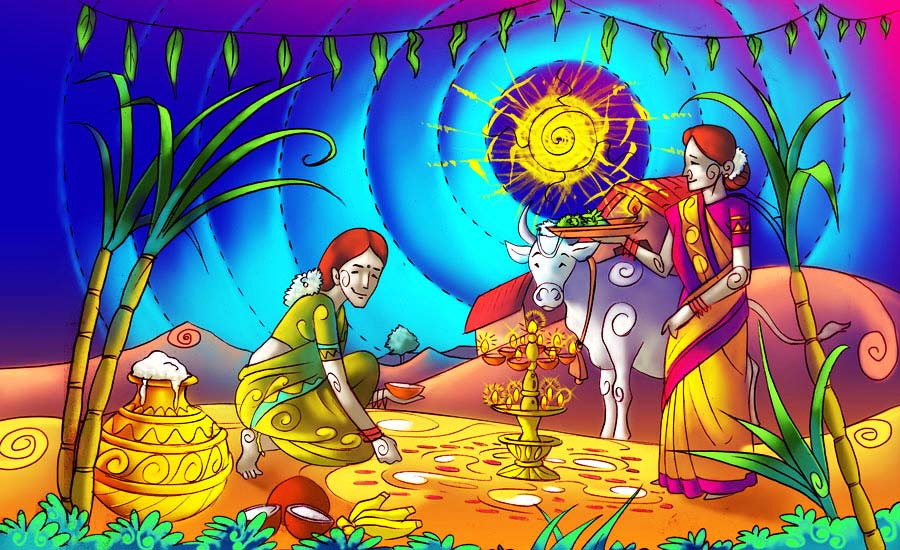 Sankranti (or Makar Sankranti) is a Hindu holiday celebrating the movement of the sun into Makara rashi (Capricorn). This day starts the beginning of the sun’s six-month journey northward, or Uttarayana. This is considered the start of a very auspicious time. The festival is celebrated with large feasts, bonfires, kite flying, and more. One popular way of celebrating is by performing Surya Puja in the river. Surya Puja is an ritual offering to the sun god Surya, which is believed to bring prosperity to those who perform it.

If you’re feeling the winter blues, fear not, for the sun is coming around. These festivals are proof of the sun’s powers to uplift our spirits and bring people together. And it’s never too early to start celebrating!